How Heating Oil Gets to Your Home 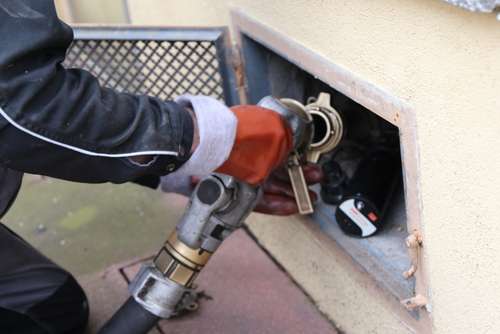 Did you ever think about all of the work that’s involved before heating oil actually reaches your fuel storage tank? It starts with heating oil being refined from crude oil, which is a complex mix of hydrocarbons plus oxygen, nitrogen, and sulfur. The refining process separates crude oil into different “fractions.”

The lighter fractions eventually become propane, butane and petrochemicals while heavier fractions are used to produce gasoline, kerosene, jet fuel, diesel fuel and No. 2 home heating oil. But it doesn’t end there. Heavier fractions become No. 4 or No. 6 heating oils, which are used in commercial and industrial buildings, schools and hospitals.

After refining, No. 2 heating oil resembles the color of champagne. However, for tax purposes, regulations require that heating fuel be dyed red before it is sold so it cannot be confused with on-road diesel fuel, which is subject to tax. The dye has no effect on the fuel and how it burns.

After it is refined and ready for use, heating oil is transported via ship, barge, truck, and/or pipeline to major fuel terminals. It is then distributed from the terminals to local heating oil companies. Many of these companies have their own storage facilities, which can hold thousands of gallons of heating oil. These company storage facilities ensure that an adequate supply of fuel is on hand during the cold months for people who keep their homes warm with heating oil.

In much of the country, there is another step in the process of getting heating oil to your home: blending ultra-low sulfur heating oil with renewable biodiesel. This blending process results in the creation of Bioheat® fuel, This reformulated fuel is considered an alternative energy source in Massachusetts, and heating oil companies are eligible to receive alternative energy credits if they deliver renewable Bioheat fuel with a 10% blend of biodiesel or more.

The most refined grade of heating oil available, Bioheat fuel is one of the cleanest burning heating sources for your home. It reduces greenhouse gas emissions significantly and no changes to your existing heating oil system are necessary.

Where Bioheat Fuel Comes From

Biodiesel (also known as biofuel) is a gallon-for-gallon substitute for petroleum-based fuels, which have a higher carbon intensity. By 2030, it’s estimated that biodiesel will displace 529 million gallons of heating oil.

This puts excess oil and fats to good use. Food is never sacrificed for fuel in the production of Bioheat fuel. Bioheat fuel is also sourced and produced right here in the United States, supporting local farmers, local industries and local economies. To read more about Bioheat fuel, go here.

Bioheat fuel is readily available now through your local retail oil company and it requires no modifications to your existing system. In Massachusetts, we are well on our way along the road to a carbon-neutral future with Bioheat fuel.

To learn more about Bioheat fuel as well as the other advantages of having an oil-heated home, please visit our website.