Bioheat® Fuel Leads The Way To A Cleaner World 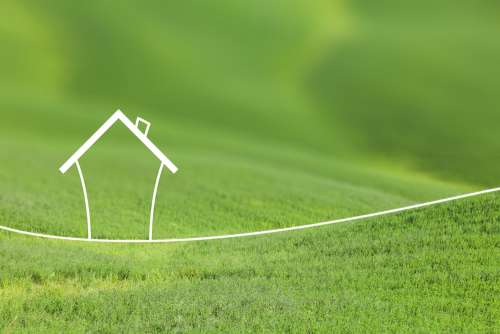 Right now, Bioheat fuel is the only home energy source that can make an immediate impact on reducing greenhouse gas (GHG) emissions for our climate. The heating oil industry’s embrace of renewable Bioheat fuel is transforming home heating and helping to create a better future.

In fact, the heating oil industry has made a commitment to the climate change movement. In September 2019, the industry resolved to reduce GHG emissions by 15% by 2023, 40% by 2030 and to achieve net-zero carbon emissions by 2050.

What’s most exciting is that ambitious objectives are achievable. In 2020, two independent studies on the feasibility of accomplishing these emissions reductions goals validated the industry’s plan to reach net-zero carbon emissions by 2050 with renewable Bioheat fuel.

Just two heating oil retailers in Massachusetts displaced nearly 1.5 million gallons of heating oil with approved Bioheat fuel in the first half of 2020. Doing this resulted in an 80% reduction in GHG emissions, compared to traditional heating oil.

For the industry to achieve its 2023 target of 15% fewer emissions, the standard Bioheat fuel blend will need to be in the 20% range. There are already many heating oil companies in Massachusetts that are delivering Bioheat at this level. Some are even delivering blends as high as 50% (B50 Bioheat SuperPlus™)

Where Does Bioheat Fuel Come From?

Biodiesel (also known as biofuel) is a gallon-for-gallon substitute for petroleum-based fuels, which have a higher carbon intensity. By 2030, it’s estimated that biodiesel will displace 529 million gallons of heating oil.

This puts excess oil and fats to good use. Food is never sacrificed for fuel in the production of Bioheat fuel. Bioheat fuel is also sourced and produced right here in the United States, supporting local farmers, local industries and local economies. To read more about Bioheat fuel, go here. [Link to: https://mybioheat.com/ ]

Bioheat fuel is readily available now through your local retail oil company and it requires no modifications to your existing system.

The bottom line: in Massachusetts, we are well on our way along the road to a low carbon future!

To learn more about the benefits of Bioheat fuel and the other advantages of having an oil-heated home, please visit our website.